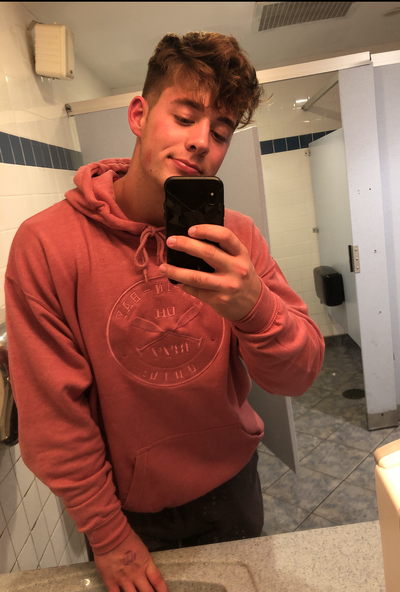 ​​Hi there! My name is Evan Saylor and this is going to be my junior year attending Wright State University. To give you some insight on my schooling, I am planning on majoring in Biology and furthering my education to become a Physician's Assistant. I have always been an avid outdoorsman whether thats camping, hiking, or just enjoying nature's beauty. Animals, organisms and plant species are also areas of interest for me. This website will be utilized for kids ranging in the grades from 5th-8th grade. The approach I aim for in my writing is to use catchphrases to grab the reader's attention and provide relatable experiences. My goal is to inspire or encourage curiosity within the animal kingdom.​​

What is a praying mantis? Come on now, haven't you ever watched Kung Fu Panda? Well, that little green insect who goes by the name of Master Mantis is actually a praying mantis (hint the name mantis). Its scientific name, mantis religious, is easy to remember because of the similarity to the word religion. It's very unique how this insect acquired its name. The praying mantis has these two large front legs that are angled and held in such a manner where it appears as if he/she is praying. You may also recognize this insect by it's long body similarly shaped like a twig and most commonly colored greed or brown, however; they can also be yellow, white or red. Although this insect can fly, you are less likely to see a female fly because of its larger abdomen. One other distinguishable feature about the mantis is a large set of eyes on top of their head. They are the only kind of insect that uses stereo vision, meaning they can focus two eyes at the same spot therefore judging distances very accurately. That would be an amazing sight!
Source of picture: https://www.kimballstock.com/preview.asp?db=a&image=INS+03+WF0006+01
Source of Information:
https://www.keepinginsects.com/praying-mantis/general/
https://en.wikipedia.org/wiki/European_mantis
https://www.cell.com/current-biology/fulltext/S0960-9822(18)30014-9

If you were to go on an adventure to search for a praying mantis, here's where you may want to start. The mantis is generally found in warmer regions. However, praying mantis have no designated location. They can appear in either wet or dry ecosystems; some mantis species live in the trees while others live in grasslands or even the sandy desert terrain. When it comes to the world of "eat or be eaten", the mantis knows exactly what to do. This carnivorous predator will consume just about anything in its presence and reach.Praying mantises have the ability to go up against larger and stronger competition, for instance; have you ever seen a match between a mantis and a hummingbird? There is a difference in size and capabilities between the organisms but in the end, the mantis (at times) is the last one standing. Common food sources are crickets, locusts and waxworks to name a few. Interestingly, the praying mantis starts out as an egg typically before winter approaches. For the next stage, the eggs develop into nymphs, These nymphs molt several times before further developing into adolescents. The final transition for the mantis is adulthood resulting in a range of size of 1 to 6 inches depending on species.

To eat or to be eaten? When it comes to the phylum of arthropods, to which the praying mantis belongs, they are voracious predators. With a striking speed of approximately 730 millimeters per second, the mantis is able to catch a large variety of prey including: frogs, snakes and even small birds. These carnivores were designed with ken eyesight, comprised by two compound eyes on their triangular heads and three simple eyes that lie in between. Another distinguishing characteristic of this hunter is its ability to rotate and bend its neck to the point where its head can almost turn 180 degrees. While it may be surprising that the mantis can catch much larger prey than itself, a key environmental benefit of this insect is its insatiable appetite. This allows avid gardeners and farmers to worry less about their plants being destroyed by: beetles, grasshoppers, aphids etc. Thanks to the praying mantis, that may mean more fresh tomatoes at the grocery store.

Believe it or not, praying mantises have a big role when it comes to the ecosystem. The importance of the praying mantis in the environment is how helpful and valuable they are towards harvesters and gardeners. Considering that these mantises feast on other harmful pests, they are able to regulate the amount of damage done to these crops along with the harm on plants. However, if you have already placed insects in your garden to assist with getting rid of those destructive bugs, you may want to reconsider about placing a praying mantis along with them. As a result of the mantises large appetite, it will eat just about anything that crosses its path. If I were a bug, I wouldn't want to be anywhere near a praying mantis.

Read More
Sorry, registration has ended.
I BUILT MY SITE FOR FREE USING